BEATiFY and the POLYGON Network (How I learned to love MATIC) 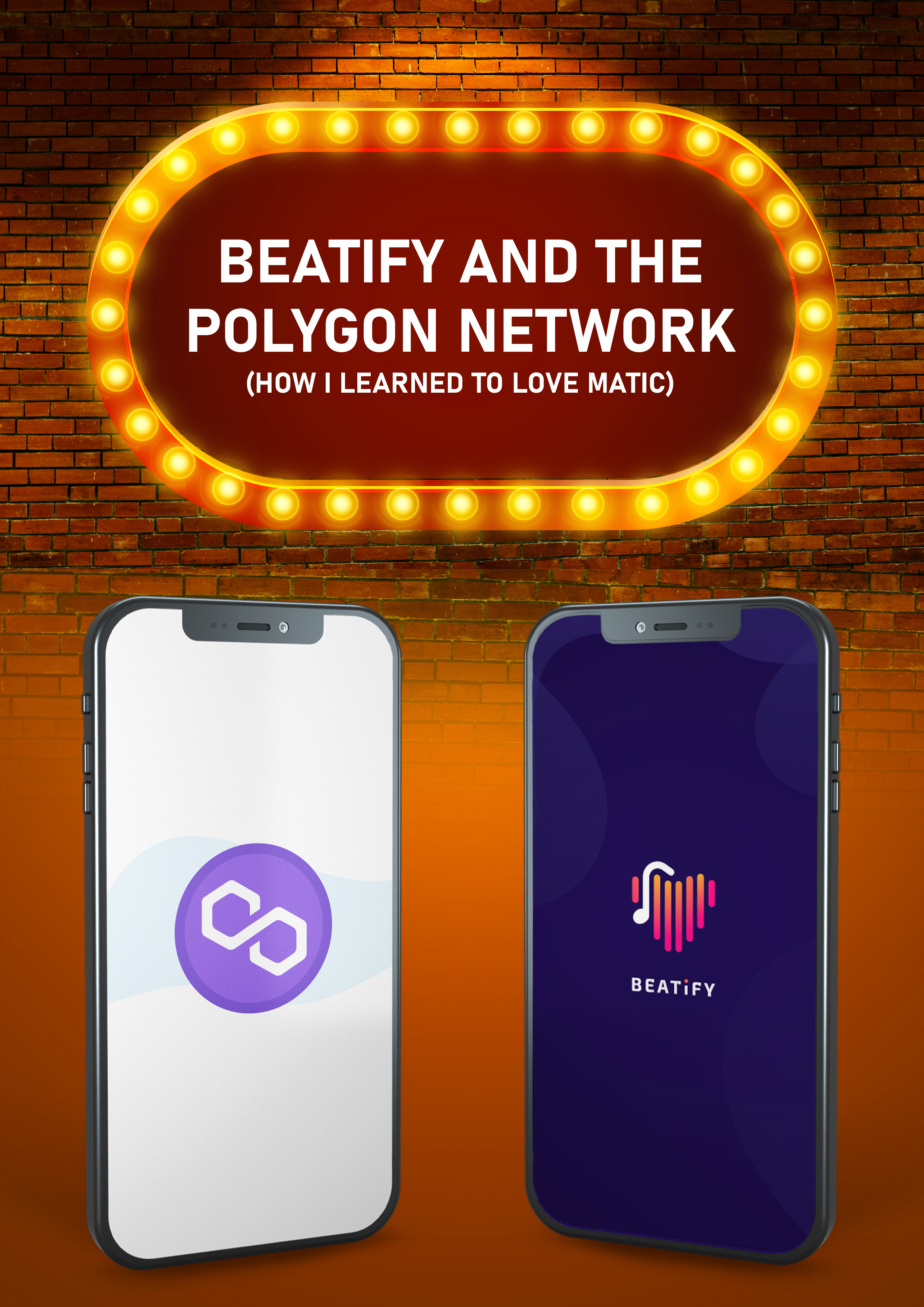 Aryan Nava (BlockchainMind) and I were working on BEATiFY one afternoon and we were discussing ways to overcome high gas (Gwei) fees. My genius friend Aryan suggested deploying our smart contract on the Ethereum Network and bridge to the Polygon network (Matic) which is an Ethereum layer 2 scaling solution - an interoperable blockchain scaling framework. This solution was perfect for us since it resolves various issues with blockchain streaming models that are deployed directly on Ethereum without Polygon, including its throughput, poor user experience (high speed and delayed transactions), and lack of community governance.

Through Polygon, Chethan (blockchain architect) was able to customize embedded Matic wallets using preset blockchain modules with attributes tailored to our needs. These can be further customized with a growing range of modules, which allows us to create sovereign blockchains with more specific functionality in the future.

Now, let's take a look under the hood of the Polygon network.

Polygon's architecture is a four-layer system composed of an Ethereum layer, a security layer, a Polygon networks layer, and an execution layer.

The Ethereum layer is essentially a set of smart contracts which are implemented on Ethereum. For example, our token SONG is an ERC20 type token. These smart contracts handle things like transaction finality, staking, and communication between Ethereum and the various Polygon chains. The security layer runs beside the Ethereum layer and provides validation and allows chains to benefit from an additional layer of security.

Then are the two other layers. The first is the Polygon network layer, which is the ecosystem of blockchain networks built on Polygon. Each of these has its own community and is responsible for handling local consensus and producing blocks. The second is the execution layer, which is Polygon's Ethereum Virtual Machine (EVM) implementation used for executing smart contracts, which is similar to an Ethereum emulator.

Chains launched on Polygon can communicate with one another and with the Ethereum main chain thanks to Polygon's arbitrary message passing capabilities. This will enable a variety of new use-cases, such as interoperable decentralized applications (dapps) and the simple exchange of value between diverse platforms.

For us, it was the perfect solution to network fees, transaction speed and network communication. We continue to explore new ideas to fit into a broader interconnected landscape of networks that operate in the open-source domain of transparent communities.

Polygon is great because they're working on the incorporation of more than one scaling solution, with its goal to minimize barriers to entry and reduce transaction fees to a minimum.

The MATIC token is used for participating in network governance by voting on Polygon Improvement Proposals (PIPs), contributing to security through staking, as well as paying gas fees. MATIC has done tremendously well in my portfolio! You can buy MATIC on most major exchanges, but you can get your MATIC SONG token only on BEATiFY Audio and get your ERC20 SONG token at COINSBIT.IO.